Econ Technologies has released ChronoSync Express 1.3.7, an important update to their entry level backup and synchronization app for macOS. ChronoSync Express is the perfect tool for those who want to synchronize files and folders between two computers. It can also perform local backups to external hard drives, NAS devices and file servers. Easily create a disk image and make it writable, allowing it to be specified as a destination target to backup to. ChronoSync Express launches in stealth mode for scheduled backups and quits automatically after all scheduled processes are complete.

Now distributed as a Universal App Package, version 1.3.7 offers full support for Apple Silicon/M1 Macs and macOS 12, Monterey. There are numerous UI tweaks to improve appearance on more recent versions of macOS. The new version also contains several new features and bug fixes. Additionally, numerous coercions and workarounds were implemented to eliminate Sync Task Document conflicts with the SyncTime application, and much much more. ChronoSync Express 1.3.7 is $24.99 and can be downloaded from the Mac App Store. 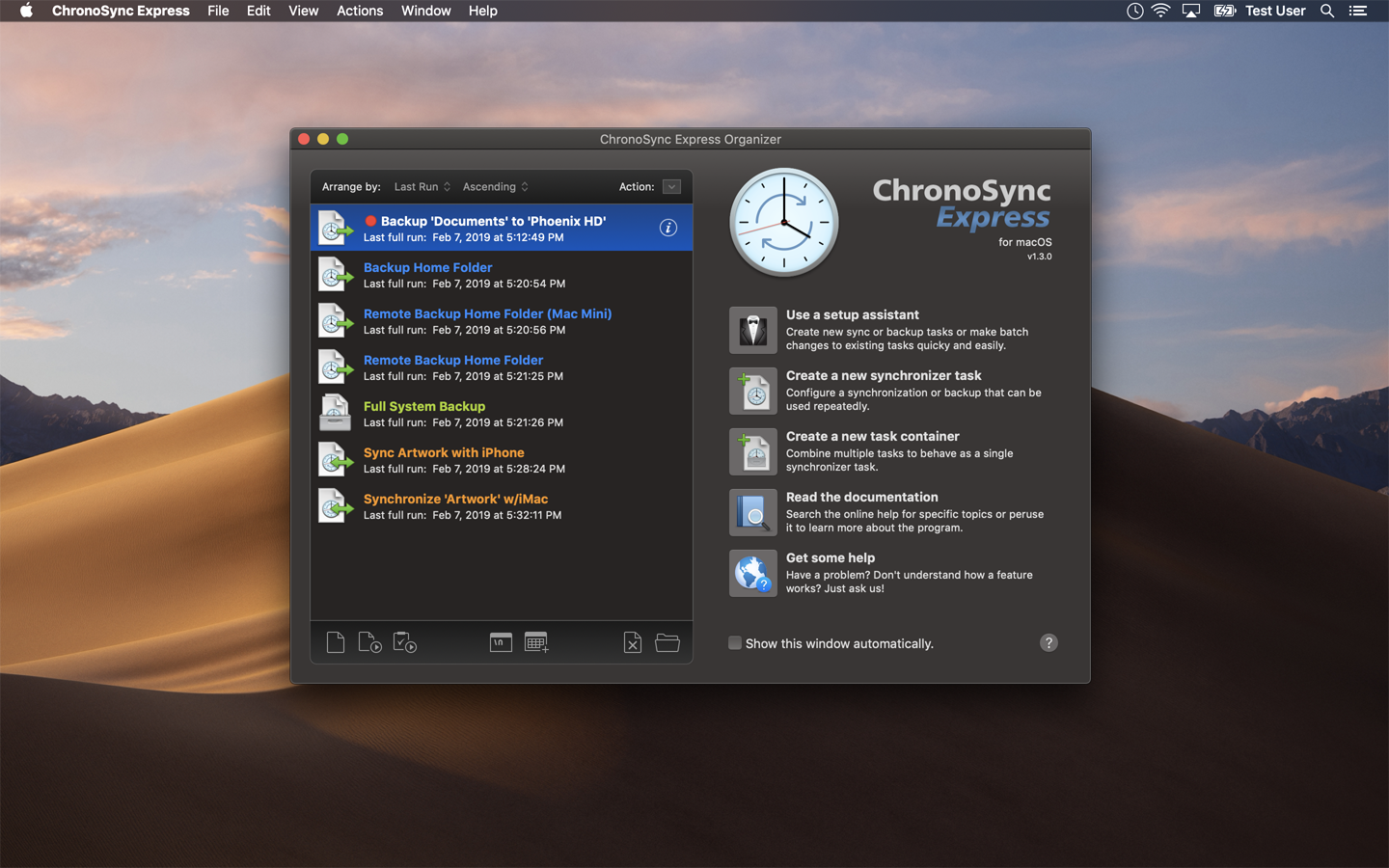