PDF2ID converts PDF and Windows XPS files into fully editable InDesign files allowing PDF and XPS file content recovery and reuse within InDesign. PDF2ID is the de-facto PDF conversion plug-in for InDesign, allowing anyone to open, convert and edit PDF and XPS documents in InDesign; eliminating the need to acquire additional PDF and XPS conversion tools. The entire Parallel Processing mechanism for the Mac now uses macOS native Concurrent Processing technology resulting in about a 50% speed up when processing documents with more than 20 pages. PDF2ID 2022 is $199.00 USD (Standard) and can be downloaded from their Website. 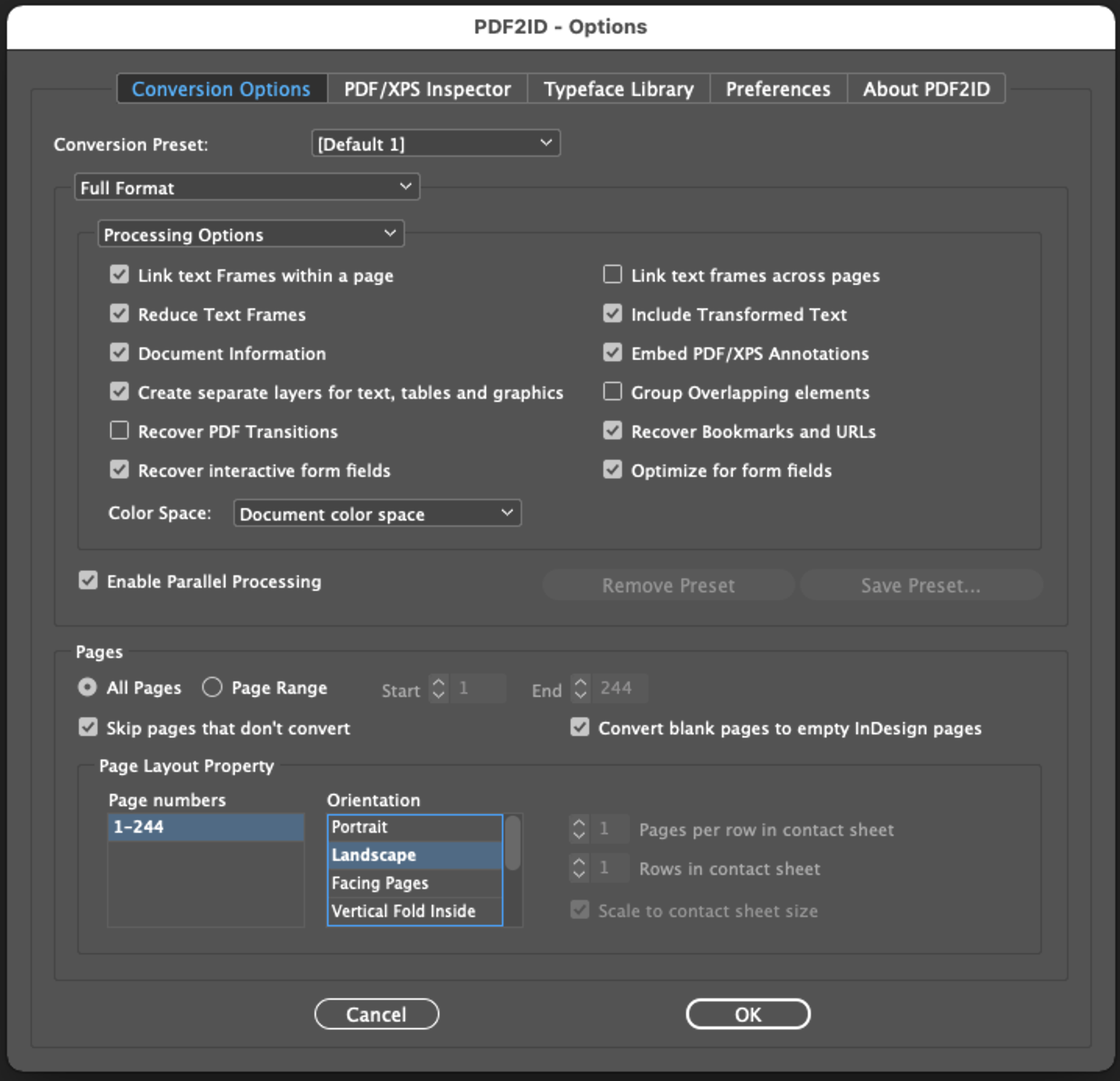